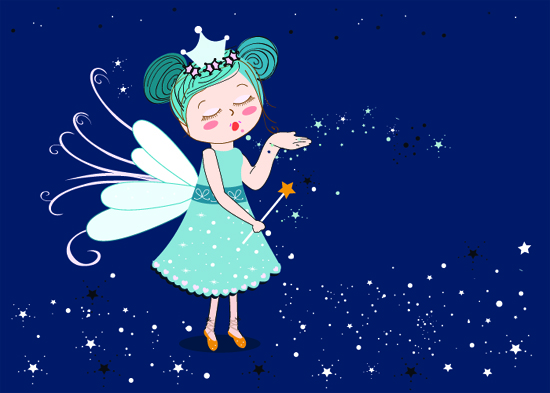 “Jingle bells, jingle bells, jingle all the way…” the cheery festive tune whizzed throughout the crowded MRT station. The golden streamers, silvery angels, green and red mistletoes, white LED lights and all the Christmassy embellishments had turned the entire MRT station into a winter wonderland for all commuters. However, I was completely immune to all the festivities and cheer around me. Boredom and frustration were swirling at the back of my mind. My arms were turning numb from the lack of blood circulation as numerous shopping bags dangled from them. Mother had instructed me to go to the nearest mall to get all the Christmas decorations for our house and my little sister, Tara, was to follow me. As if things could not get any worse, she was of no help at all. “Slow down, Tara! “I hollered after her, catching a glimpse of her sparkly silver headband as she wove through the burgeoning crowd of commuters and into the train. Mother also left me firm instructions to keep an eye on Tara. However, she proved to be trouble with a capital ‘T’.

Huffing and puffing, I finally managed to squeeze my way through all the commuters and saw her at the end of the train. Tara was decked from head to toe in her latest craze, fairies. Today, she was “Tinkerbell”. She was wearing a short green dress that had a pair of wings attached to its back. “Why are you so slow, Peter?” Tara had the cheek to ask when she spied me lumbering up. “Perhaps you need some pixie dust!” With a flourish, Tara dug her hand into the pouch strapped in front of her and drew out a fistful of glitter, scattering the contents all over me. “Pixie dust away!” Tara chuckled as she started to twirl and dance all around me.

That was the last straw that broke the camel’s back. Anger bubbled in the pits of my stomach like volcano lava. I was ready to explode as a red haze of infuriation clouded my vision. She had tested my patience beyond its limits. “Can you please be considerate to the commuters around you?” I hollered. Suddenly, I thought of a brilliant idea. It was time for revenge. “Do you know that Tinkerbell died at the end when Peter and Wendy left Neverland? No one wanted her. No one cared about her,” I retorted, my voice dripping with sarcasm. Horror washed over Tara’s face as she tried to come to terms with what I had just said. “You liar! Everyone loves fairies and fairies don’t die!” she sobbed brokenly before scampering away.

I rolled my eyes at Tara’s outburst. She was turning out to be a real spoilt brat. To me, she was definitely ‘Tara the Troublemaker’ instead of ‘Tara the Tinkerbell’. I hefted all the bags, ready to give chase. Tara had run all the way to the other end of the train. Strangely, when I walked up to her, she seemed different. Tara was darting her eyes from left to right to scan the cabin and she eyeballed everyone with suspicion. “Brother, I think someone is watching me,” she whispered meekly at me. Looking around the cabin, I spotted him; a lecherous old man sitting on the wheelchair seat was staring intently at Tara. Wrapping a protective arm around her shoulders, I snaked through the crowd away from the old man.

The old man remained in the wheelchair seat but he still continued staring at us, flashing me a toothy grin. Although goose bumps started breaking out all over my skin like an allergic reaction, I knew I had to stay strong and protect my younger sister. Mustering up my courage, I confronted the stranger. “Why are you staring at my sister?” I raised my voice considerably. The old man was caught off-guard and stuttered incoherently. All around me, nosy onlookers stopped and gawked at the scene. I had turned the tables around and the old man was rendered speechless by the sudden turn of events.

Finally, the old man lowered his explanation to a bare whisper and pointed sheepishly to the root of the problem. Tara was unglamorously exposed as the sides of her dress were unzipped. “I was trying to be considerate by not announcing it out loud to everyone. I showed her some hand signals but she did not get it,” he explained. I could see a scarlet red hue roasting Tara’s cheeks and all her facial features crumpled together as she cringed in mortification. She bit her lips and squinted her eyes tightly as a mask of embarrassment swallowed her face. Apologising and thanking the Good Samaritan, I pulled Tara out of the train at the next stop.

Finding a secluded corner where no one could see us, I helped her with her zip. I knew she was already utterly embarrassed and did not want her to feel even worse. “At least the old man was so considerate as to not reveal it out loud,” I told Tara. “You’re right, and thank you so much for helping me confront him. I would have been an embarrassment if I still had not known that my zip was open,” Tara replied. At that moment, I knew that no matter how annoying my sister was, I would still love her. I would never forget this considerate old man sitting in the wheelchair seat. Never. Truly, it is important to be kind and considerate to everyone around us.

“Watch out!” A shrill voice reverberated in the air. Only then did I realise that something was amiss. Things took an unfortunate turn. Looking up, I realised with absolute horror that it was a big watermelon falling. Time seemed to stretch forever. It was too late to react as the heavy fruit landed squarely on my head. The sudden crash seemed to echo inside my skull. I gritted my teeth in agony as excruciating pain radiated throughout my entire being. I let out an ear-piercing scream of pain as my legs gave way beneath me and the ground rushed up to meet me.

All the dark furniture in the office reflected the principal’s stoic personality. The trophies on the display shelves refracted the golden blustery rays of the sun that shone in from the windows. The principal touched the horn-rimmed glasses that perched on her nose. “So, how do you think I should punish you?” Her nasal voice drifted to Sean’s ears and he stood straight up with a start, then lowered his head to feign his guilt. “Detention would be too easy on you, don’t you think?” she asked him again. He masked his fear with a face of nonchalance and placed his arms firmly behind his back like a criminal awaiting trial.

We're currently offline. Send us an email and we'll get back to you, asap.